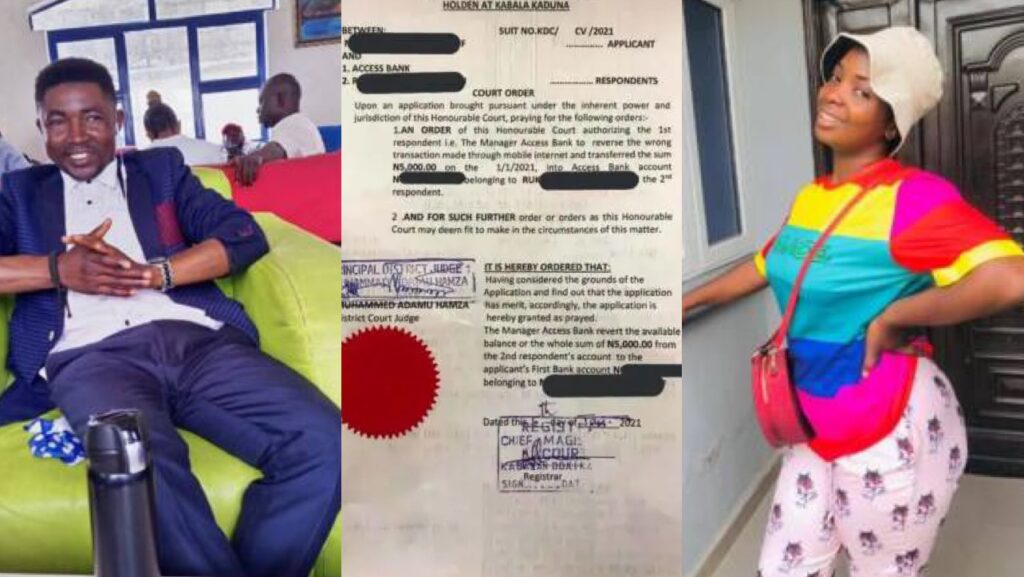 A man in Kaduna has caused quite a stir on social media after retrieving the N5,000 he sent to a lady who refused to show up at his apartment as agreed.

A Nigerian man has dragged a lady before the Customary Court in Kaduna after she collected his N5,000 for transportation and refused to show up as agreed.

According to a Twitter user @WizzFarukk, his friend sent the money to a lady in Zaria to use as transport fare for an agreed visit at his residence in Kaduna.

However, he said that immediately after the lady received the money, she started giving silly excuses on why she can no longer visit.

Farukk said his aggrieved friend filed a suit against the lady to retrieve his money, and has now successfully received reimbursement of the N5,000 through court order.

Sharing the story on Twitter, @Wizzfarukk wrote: “So my guy sent 5k to this babe to come over from zaria to kaduna only for her to start giving silly excuses and try to play him. To cut story short Baba carry matter go court them send back him money via Court order. Right move or not?”