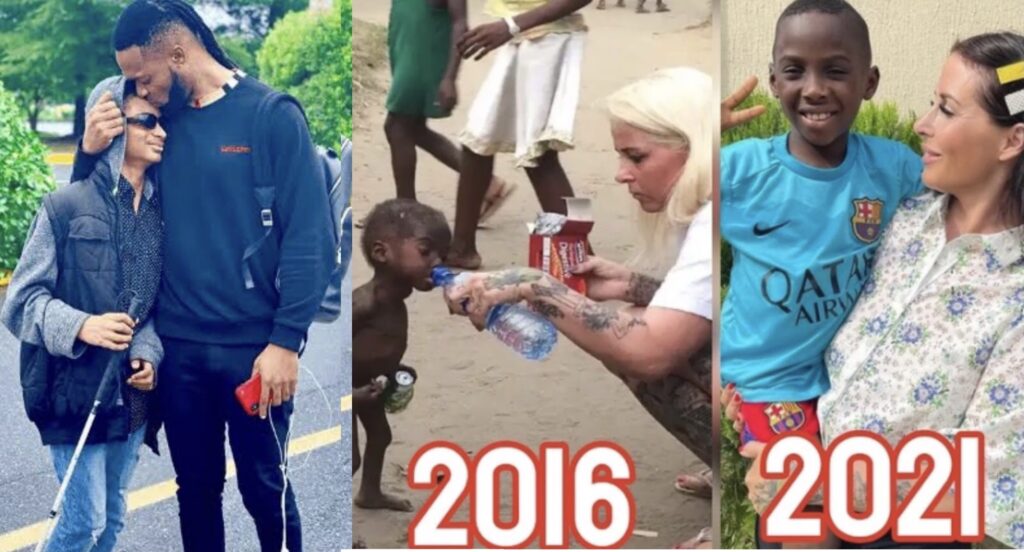 These celebrities have adopted children and made them part of their families. They saw those kids, loved them, adopted them, and gave them a better life. In the year 2017, singer Flavour adopted a son whose name is Semah G Weifur. Semah is a librarian, but Flavour didn’t mind before adopting him. gave him a better life and made sure he didn’t lack anything. Semah is still living with Flavour since 2017. Semah was born virtually impaired and was being taken care of by Christian nongovernmental organizations before Flavour adopted him from them.

Actress Angelina adopted her daughter Zahara Marley Jolie in 2005 when she was 6months old. Although she adopted 3 children, but the most popular one is Zahara. She took her from an orphanage in Addis Ababa, Ethiopia, on July 6, 2005, when she and her partner Brad-Pitt visited the country in 2015. Anja Ringgren is another celebrity that has adopted kids, Anja has adopted over 700 kids. She has been in this humanitarian work since 2012, but she became well-known after she rescued a child whose name is Hope that was abandoned on the street in 2016 in Calabar. Actor Williams Uchemba also adopted an 18-year-old boy he met at a carpentry shop where he went to buy furniture. Uchemba said he would send him to school and give him a better living till he becomes a man In 2018, Reverend Ajayi also adopted a boy that she saw hawking orange. She asked the boy to sing for him, the boy did, and she liked him, so she adopted him and changed his life within 3 years. Actress Destiny Etiko adopted one of her fans after she met her at an event. She took her and made her join Nollywood.