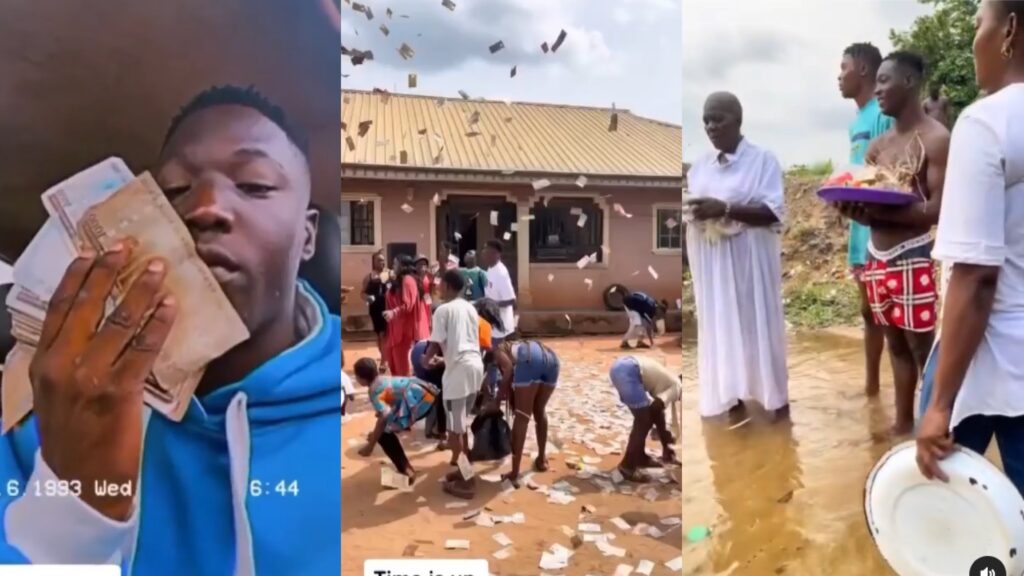 Young Nigerian man who threw money in the air while people picked and also showed off his assets, is seen carrying out a ‘ritual’ with a native doctor in a river (video)

A young Nigerian man has left many gobsmacked with a new video of him shared on social media.

The man was filmed throwing money in the air while people around him picked.  He also showed off his assets in another video. However a new video has emerged showing him carrying out an alleged ritual with a native doctor in a river.

The video came with the caption “time is up”.

Watch the video below……..