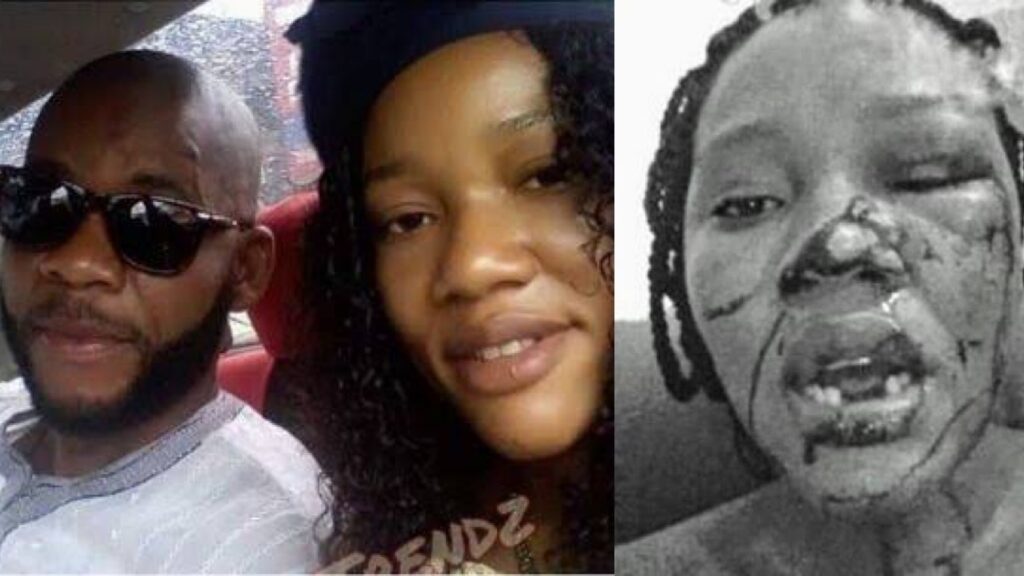 A Nigerian man has beaten up his wife after he found out that she had been cheating on him.

It was gathered that the man was planning to relocate his family from Nigeria to Canada when the Canadian Embassy requested DNA test to prove that the kids belong to him.

Things began to fall apart after the test result revealed that all the three children his wife claimed to have for him are not his biological children.

Out of anger and confusion, the man returned home, demanding for an explanation but his wife couldn’t give any on time.

During the altercation that followed, the wife lost four teeth in the process. 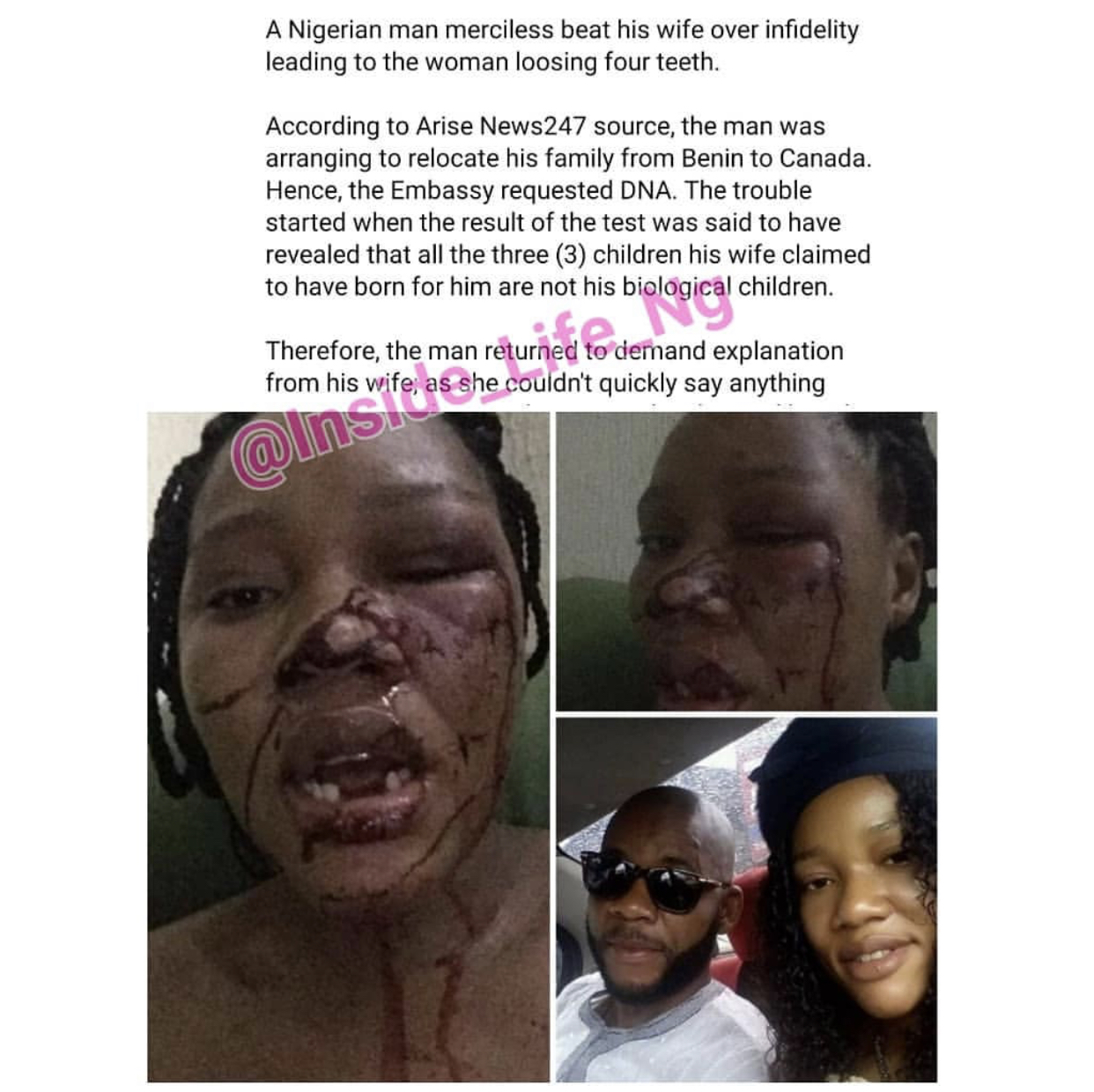