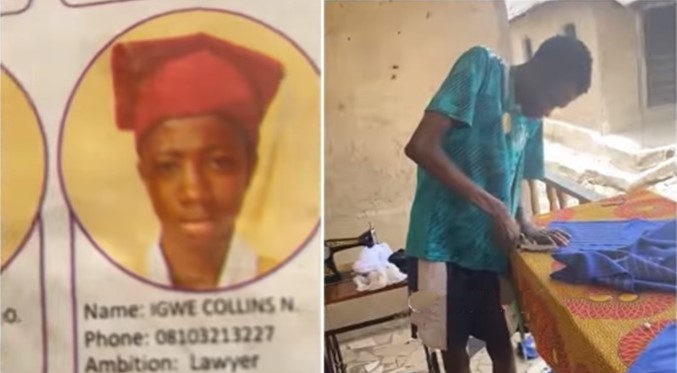 A man, Igwe Collins who had high hopes of studying law and being called a barrister, had his dreams dashed by life which did not tilt him towards achieving his aspirations.

His friend shared a video online showing his secondary school graduation magazine, where he revealed that his ambition was to become a lawyer.

However, Collins eventually delved into the world of tailoring which is the current career path he has embraced.

In the video, the tailor could be seen working on a cloth, while his friend compared his his secondary school profile to the work he now does as a tailor.

Interestingly, he worked happily and even paused to bust some dance steps while his pal was filming him in a bid to show that life does not always work as one wishes.