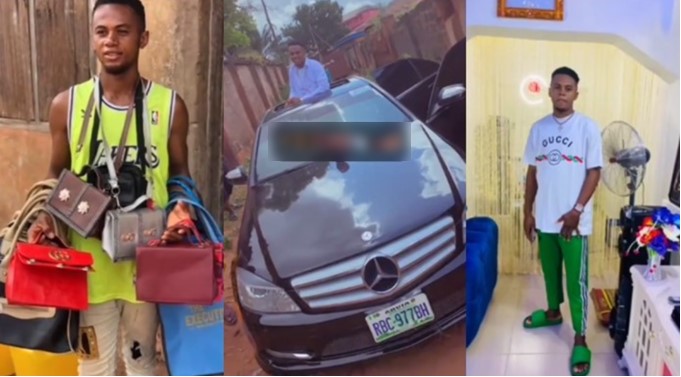 A young man who struggled to make ends meet has taken to social media to celebrate his elevation.

He shared a video which showed his progression from being a hawker to becoming a Benz owner, who also has his own apartment.

The Nigerian guy used to hawk bags, and at some point, he had a shed in the market where he sold house hold items like toiletries.

Fast-forward to present day and he has been able to do well for himself, so much so that he bought a Mercedes Benz.

In the video, he also showed off his apartment with beautifully designed interior, though he did not reveal whether he owns the house or if it is rented.