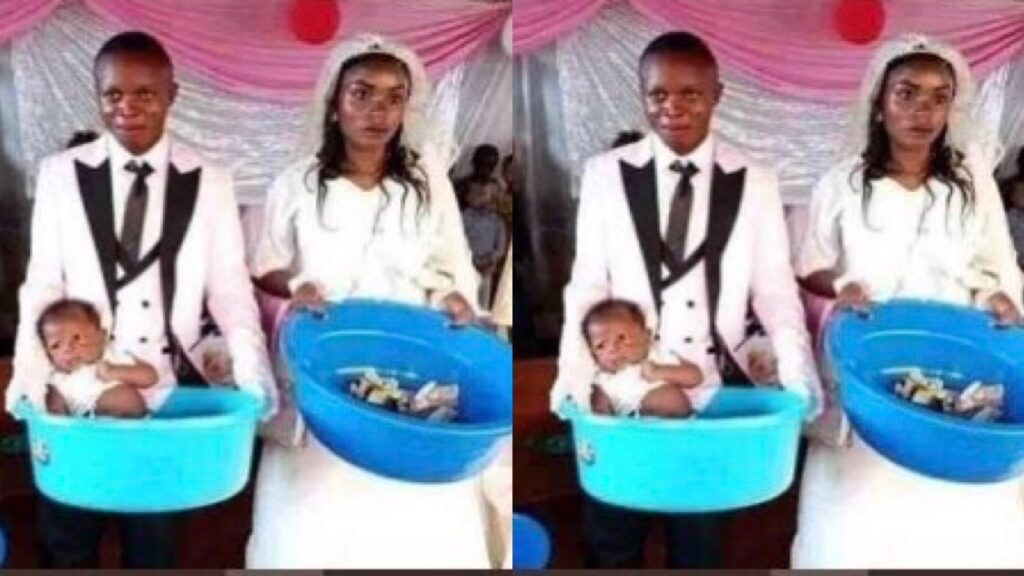 There was drama at a wedding ceremony after the babymama of the groom abandoned their child in anger for his newlywed wife in front of the congregation.

It was reported that the man identified as Mr. Solomon Etim Usanga who hails from Ini Local Government Area of Akwa Ibom State was having a blissful wedding ceremony until his estranged lover, Comfort Solomon arrived at the venue and dropped their baby inside a bowl he held for offerings as practiced in some churches.

The incident is said to have occurred at Nkari village in Ini L.G.A.

A photo attached to the report shows the baby inside the bowl of the groom while his bride stood beside him.

Sharing the story, a netizen wrote:

A certain Mr. Solomon Etim Usanga of Ini LGA received the shock of his life on his wedding day as his estranged lover, Comfort Solomon stormed his wedding venue during offering and “offered” their love child to the father and walked away while the couple were holding offering basins to receive offerings for the church as is the practice in some denominations during wedding.

The wedding ceremony took place at Nkari village in Ini LGA, Akwa Ibom State and left the couple as well as attendees in awe.” 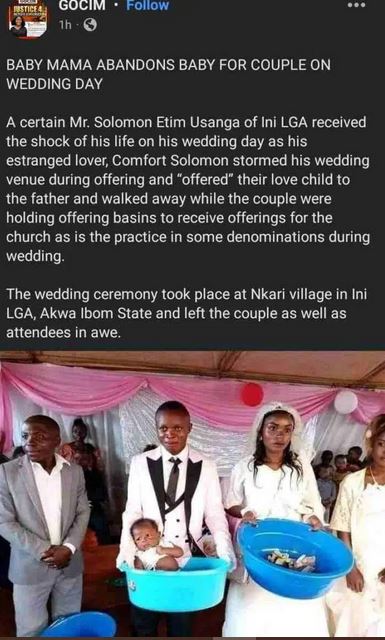