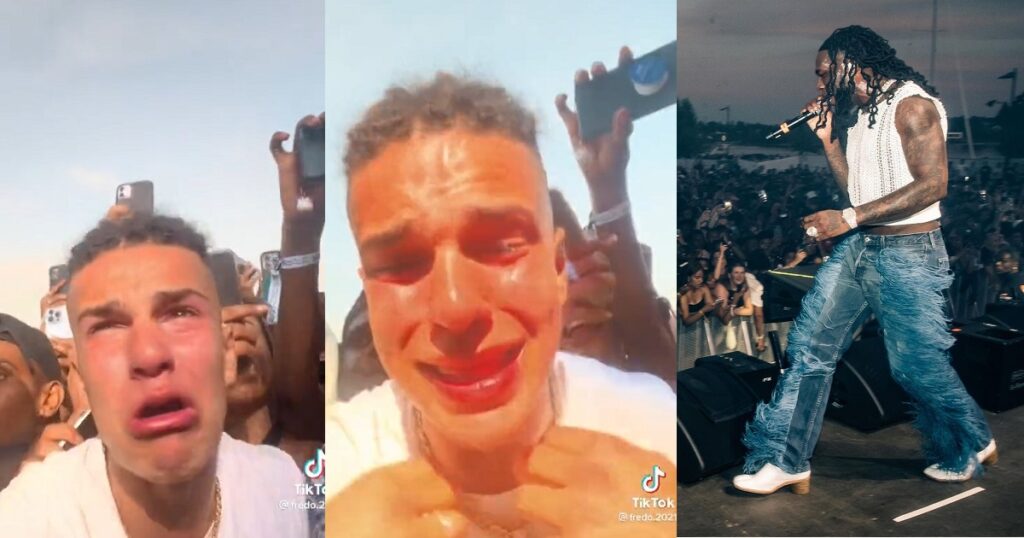 A video making rounds online shows the moment a die-hard fan of award wining singer,Burna Boy, broke down in serious tears during the singer’s performance at a recent concert.

The self-styled African Giant graced the stage at the just-concluded Kadetten 2022 Festival in Norway and gave a stellar performance as usual to the trill of the audience. 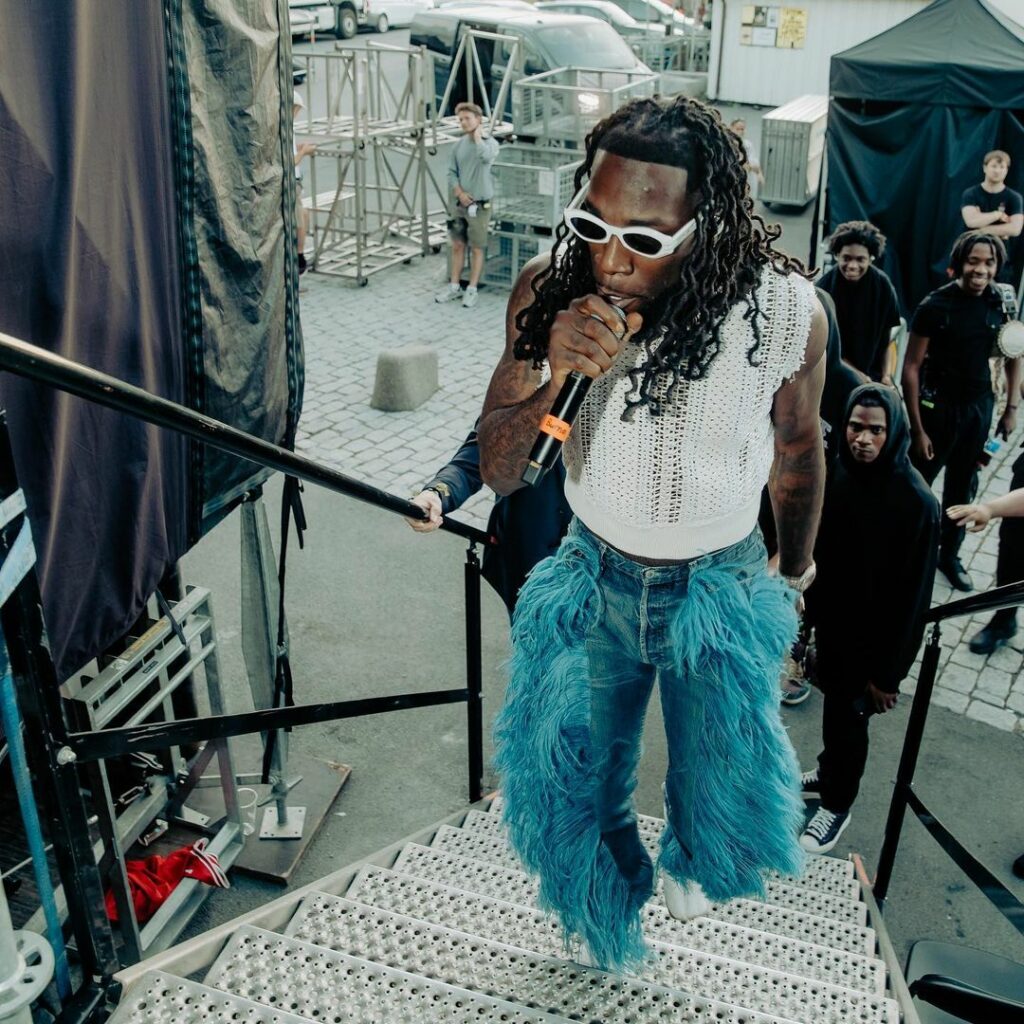 However, a European fan couldn’t contain his emotions as the singer was performing one of his hit songs “Gbona” and began crying like a little baby.

The young man who is obviously a staunch fan of the Grammy Award Winner by reason of the customized chain with “Burna Boy” pendant he wore, is seen in a trending video weeping profusely while singing along with the singer.

The video has stirred massive reactions from Nigerians on social media who share their thoughts on the fan’s display of emotions.