Crossdresser Bobrisky has apologized to his former bestie Tonto Dikeh asking her to forgive him for calling her out confirming that she was there for him at some point.

Bobrisky during his outburst on social media called out Tonto Dikeh for owing him and making so many allegations against her but through it all, Tonto Dikeh remained silent and didn’t give in to the online drama.

Bobrisky in a recent post has apologized to Tonto Dikeh for dragging her and all the disgraceful things he said about her asking her to find a place in her heart to forgive her after someone drew his attention to the fact that what he did was wrong.

According to him, he later realized he was wrong after dragging her online and has decided to ask for forgiveness from her asking her to find it in her heart to forgive him because he’s truly sorry for all that he did against her recently. 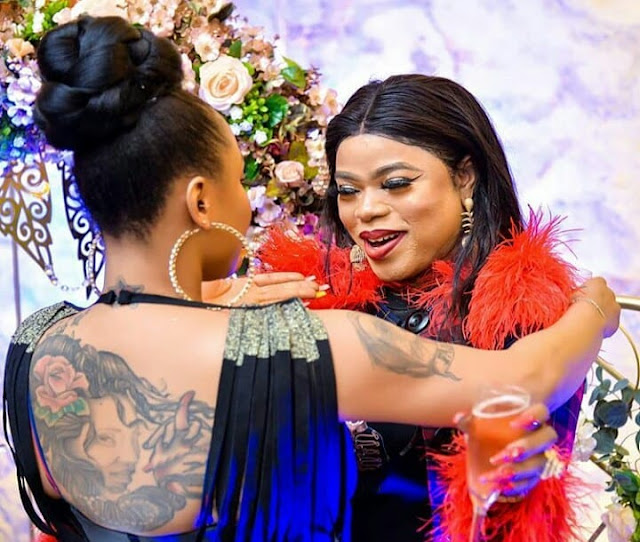 Bobrisky then confirmed that he wasn’t the only one always there for Tonto Dikeh but she was also there for him at some point in their friendship and it’s not a necessity for them to be friends again but he apologizes for all he did.

Bobrisky also apologized to his fans and the fans of Tonto Dikeh for being disappointed in what he did claiming it will never repeat itself again and then appreciating actress Faith Ojo for making him realized the wrong thing he did. 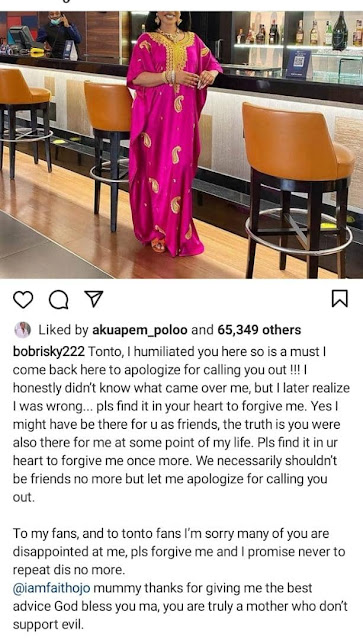