Budding actress, Susan Pwajok popularly known as Blessing on the popular ‘, has revealed why she no longer appears on the show.

Susan Pwajok used to play the last baby role of The Johnsons family and she easily became a fan favourite because of the last born role she plays.

Well, unfortunately, for some time now, and a fan has been prompted to ask.

In a question and answer session, the fan asked;

“you quws was making sense till you decided to spoil it. however, rn for personal reasons and I’ll appreciate it if you guys stop assuming different things, dw I’ll be back on your screens in a bit.” 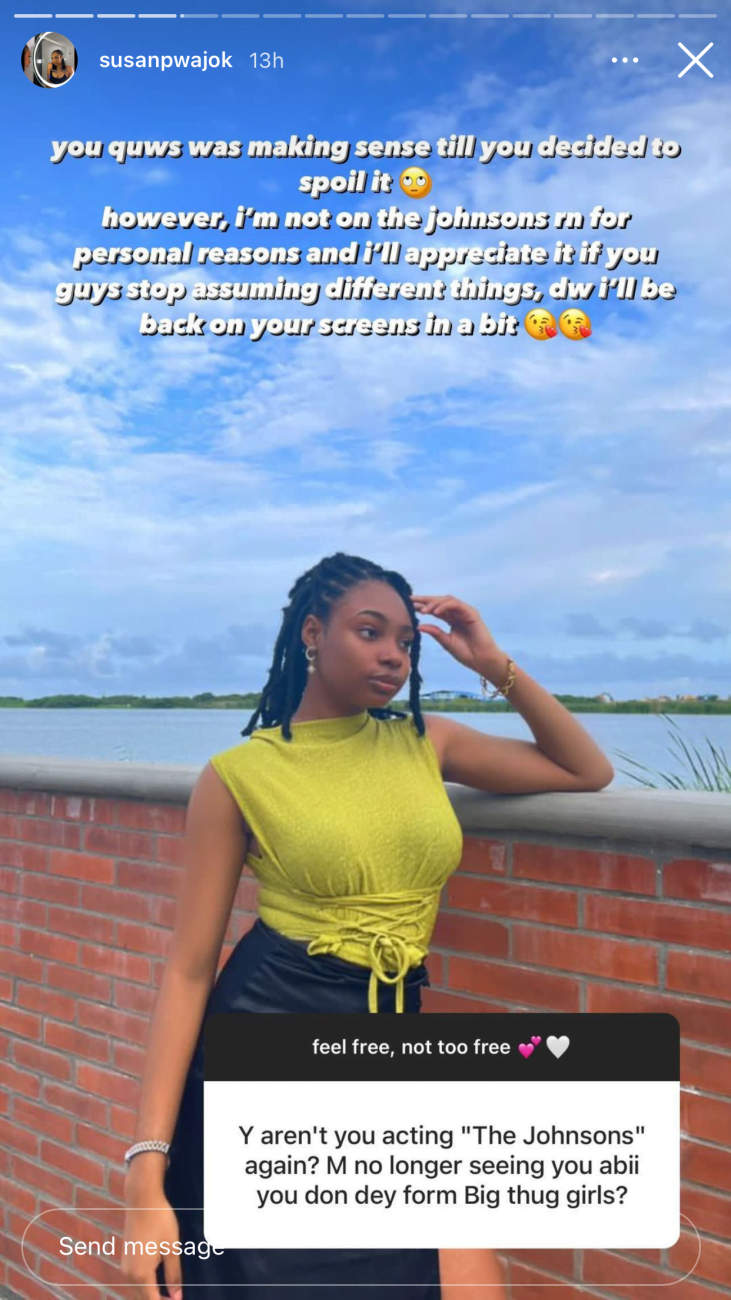