The video of Nollywood actors, Regina Danielsand Somadina Adinma having a quite confrontational conversation made its way to internet recently and mixed reactions have trailed the video since its emergence. 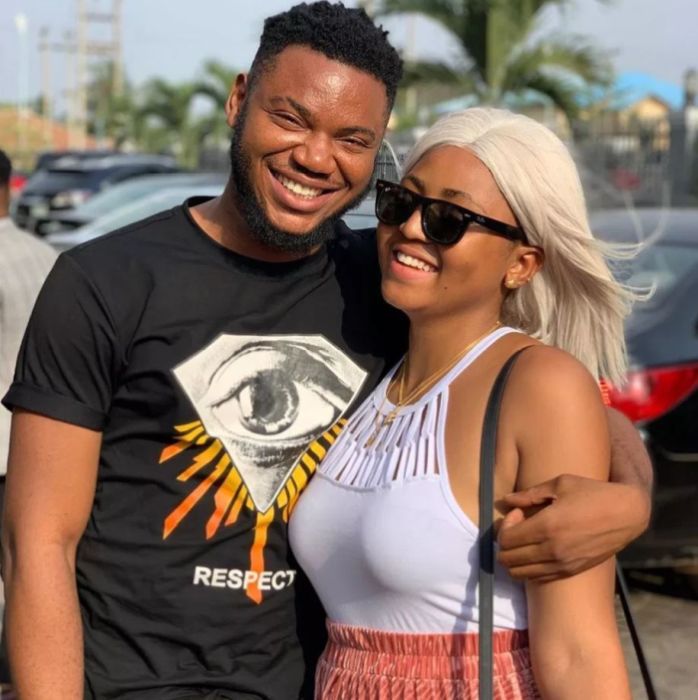 The video shows Regina, a mother of one, confronting Somadina in what is supposedly a shooting scene from a movie set — she’s heard asking “why did you come close to me if you were not going to marry me”?

While captions that’s trailed the video are not unrelated to the actress and her ex-boyfriend seen together in close proximity, engaging in a conversation that’s quite suggestive, there’s however some attributes in the video we’ve spotted that makes us certain it’s not what some naïve peeps might think it to be. 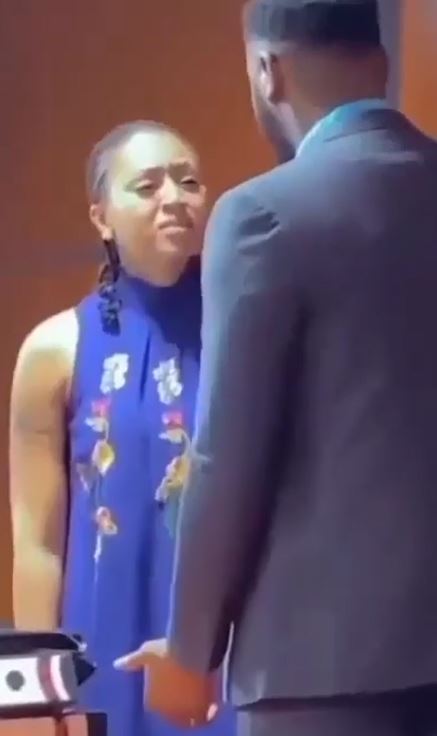 From our observations, it’s clear that the video was recorded from a movie set (we’ll get to why in a bit) but we can’t however dismiss the fact that we are part of the population who didn’t think we’ll get to see both actors work together so soon given their history… impressive professionalism we must say!
Have a look at the video yourself before we dig into why we think it is what it is,

So here’s a few details we noticed in the video that makes it certain for us that it’s from a movie set.

You just might have missed it, but few seconds into the video, just above the heads of the actor, an object which looks like a boom mic (usually used in shooting movies) is seen with wires placed around it… 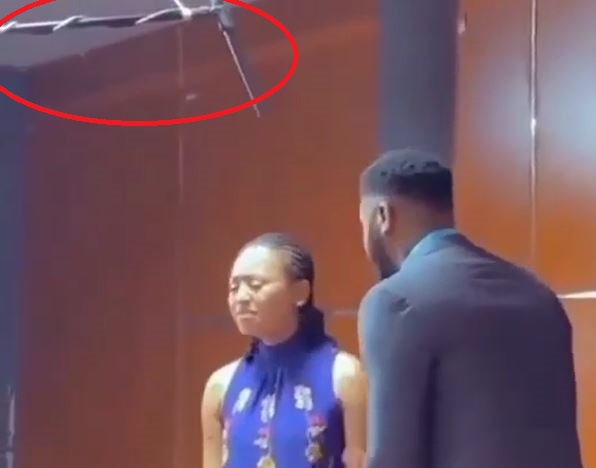 … given their location which looks like a courtroom, which tends to echo when partially filled, it’s understandable why a director would make use of a boom mic so as to capture the sounds of the actors perfectly. More so, listening to the audio of the video, their voices does sound like it’s echoing in the location they’re in.

Another thing we noticed is what would be a prop, two file folders placed on a table… 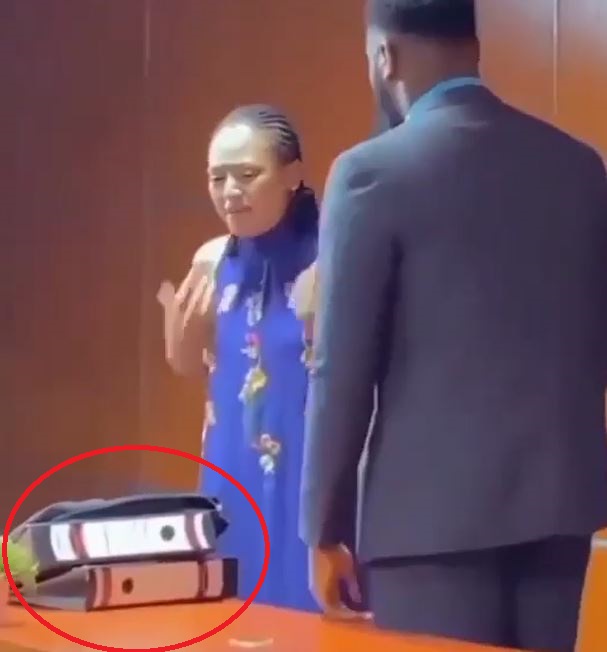 …this type of file folders are mostly seen with lawyers, courtrooms and what have you… and just like we mentioned earlier that it appears they are in a courtroom, the folders definitely shouldn’t be a coincidence.

There certainly are doubts as to whether or not the gentleman being confronted is actually Somadina because he backs the person recording and not much of his face can be seen, but the person does have the build of the actor and it can be pretty much assumed that he’s the one.

But in the exception that he’s not the one, we guess we’ll just have to safely assume that it’s a different actor standing beside the actress, having such a delicate conversation, hopefully on a movie set.

However, in the unimaginable event that none of our observations are real and indeed, the actress is truly having this confrontation, then this video would obviously be a scandal that would have blown up the internet since it emerged in it, and we clearly don’t think that such a scandalous video can just emerge on the internet like that (reasons are best known to few… just saying).