Days After Uche Maduagwu Called Jim Iyke a Ritualist, Actor Tracks Him Down and Beats Him Up (Video)

A video shared online shows the moment actor Jim Iyke attacked his colleague, Uche Maduagwu, after tracing him to his location for a bad comment he made about him on Instagram.

Uche had taken to Instagram to insinuate that Jim Iyke’s source of wealth is not legitimate. 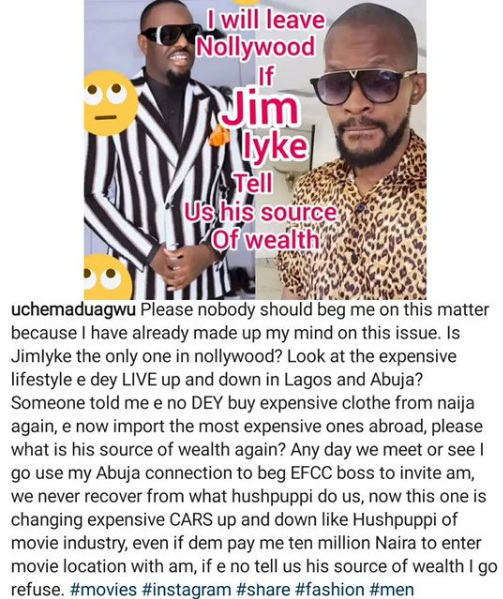 Days later, Jim Iyke found him and confronted him.

During the confrontation, which was filmed, Uche is heard asking Jim Iyke how he found him. He then threatened to call EFCC for Jim Iyke.

Jim, looking angry, charged at Uche, while people held him back.

It is suspected that the confrontation is a gimmick to promote Jim Iyke’s new movie titled Bad Comments, which is about people who leave bad comments about others on social media.

Watch the confrontation in the video below.