A Nigerian Facebook user has reacted to the inflated prices of food items in the market as he took to his page to share a photo of the food items he acquired for the whopping sum of N78k.

Things are really expensive in the market. I needed to buy this and before I knew 78,000 naira spent on this.

See photo of the food items he bought, 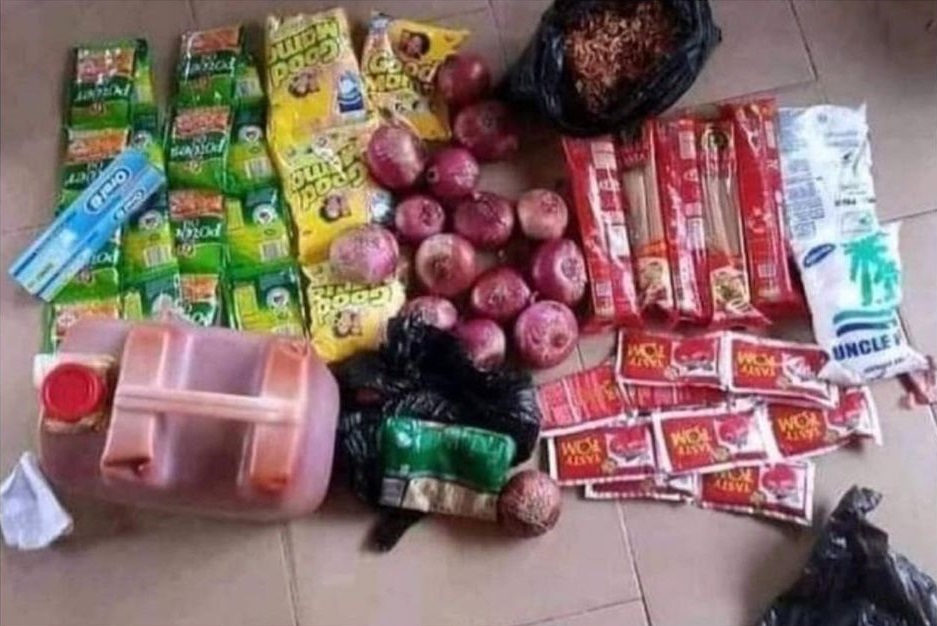 In related news, Nigerian actor, Mofe Duncan a while ago took to his page to react after he was accused by his fans and followers of lying that he bought a bunch of plantain for N6,000.

Duncan had in an earlier report, taken to his Instagram page to share a photo of a bunch of plantain which was not up to 4 pieces, claiming he bought it for 6k.