Taking to social media to share photos of herself, the actress revealed her baby is three months, and this happens to be the best months of her life. 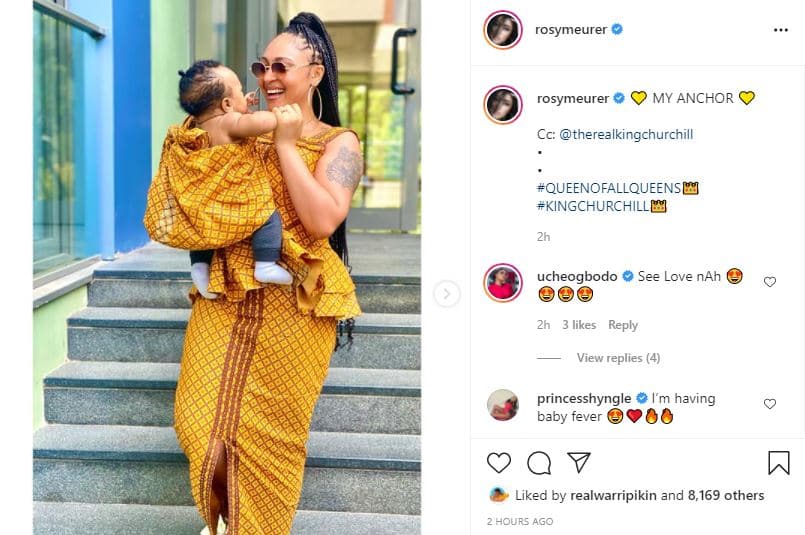 The adorable photos generated several reactions from her fans and colleagues. While some gushed over the baby, some pointed out the resemblance between the baby and his father, Olakunle Churchill.

truthfulcommenter100 wrote: You can tell from the side he looks like his dad

shines_glowup wrote: carbon copy of his dad even from the side view… na my papa born me