An unidentified lady eating a special delicacy made with rat meat has been captured on camera in photos which emerged on social media and have since gone viral after they were shared thousands of times on Facebook.

As at the time of filing this report, we could not ascertain where the lady is from or where the photos were captured. 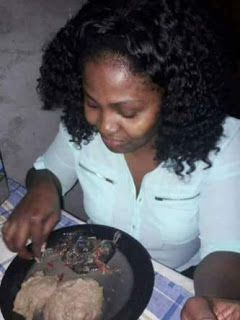 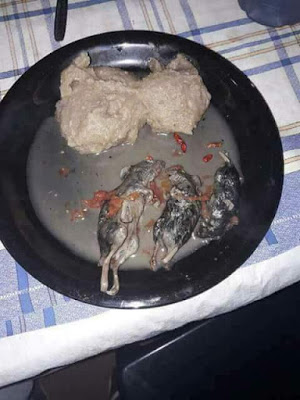