A man whose six years engagement to his fiancée has been abruptly called off has taken to social media to express his disappointment.

The man said his fiancée returned the ring after being engaged for “ordinary six years”.

For the young man, that his fiancée called it quits isn’t really his problem but the fact that she couldn’t wait for just another 4 years.

His Facebook post reads; “Ordinary 6yrs of engagement o! She just returned my ring, saying she can no longer wait for just 4 more yrs.”

Meanwhile, Nigerians especially ladies have taken to the post to lampoon the man, calling him wicked for intending to keep her waiting for 10 years.

See their reactions below; 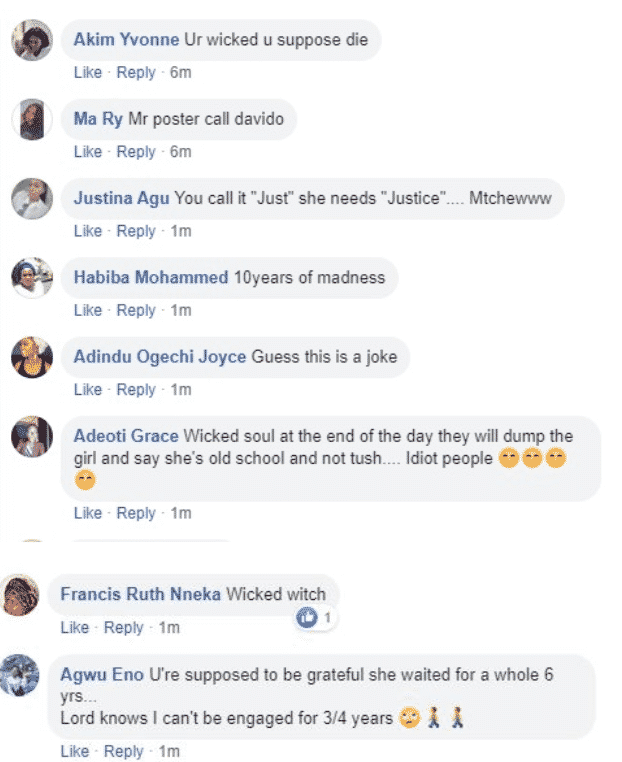