A young Man, Davison Osagie who bought a car with fake credit alert and went on a posing spree on Facebook has been arested in Benin, Edo State.

His photos and the fake details he used was also posted. 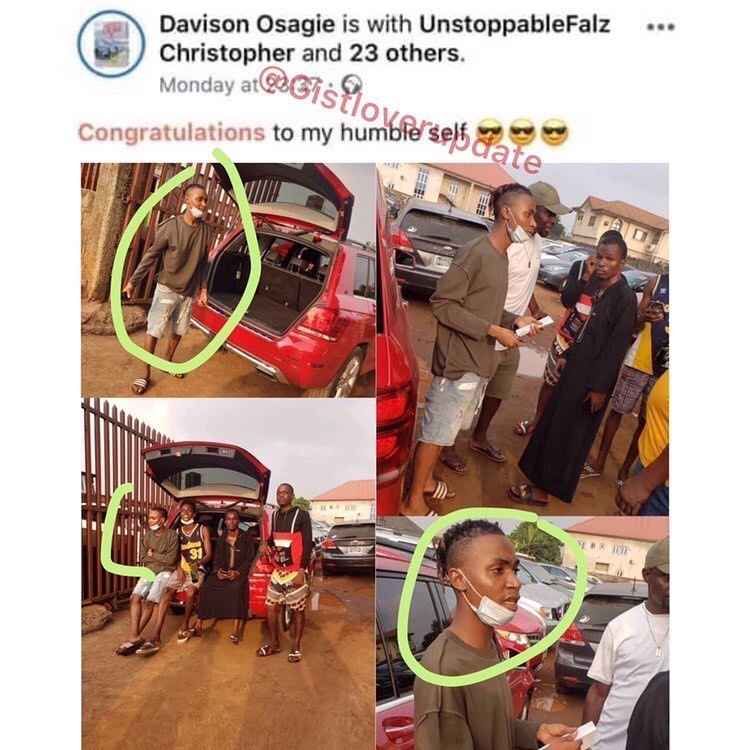 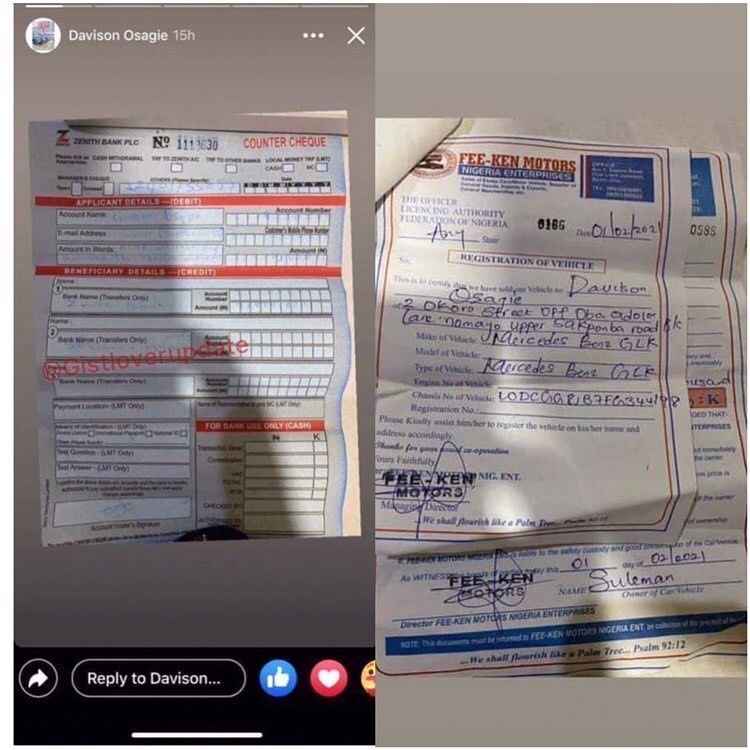 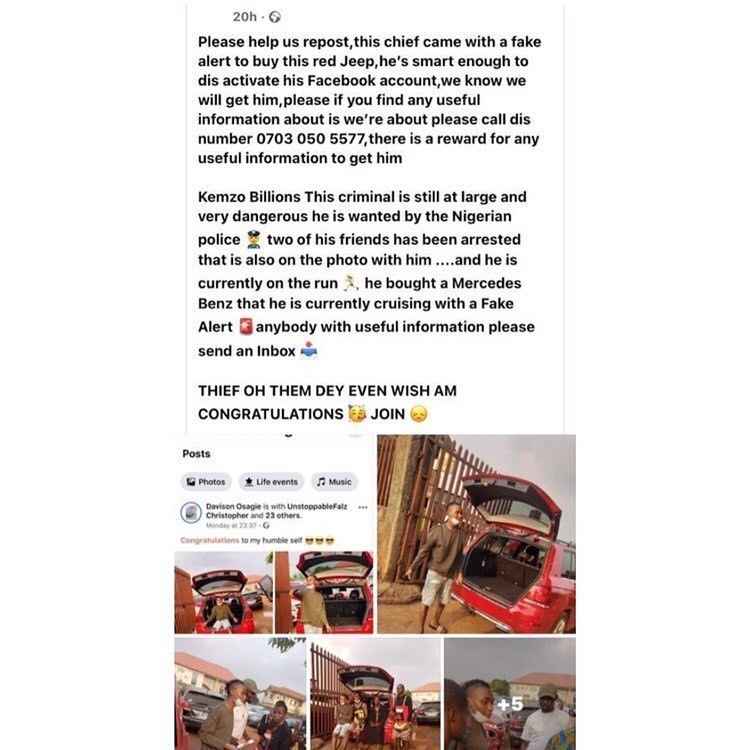