A Facebook user claimed that a priest resurrected a dead man after his body had been in the mortuary for three weeks, but Freeze blasted the report and gave reasons why it can’t be true.

The Facebook user, Izu Nwaobi Joe Okakwu claimed he was present to witness the “miracle” which happened at Aladimma hospital, Owerri on 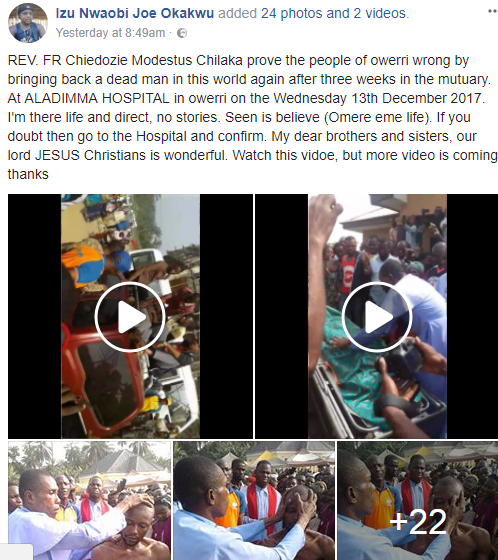 He shared a photo of the man lying at the back of a car before his “resurrection” and another of him after he came back to life. He also shared videos of the supposed miracle and an argument ensued on his Facebook page with some saying it was possible and others sayin it was fake. 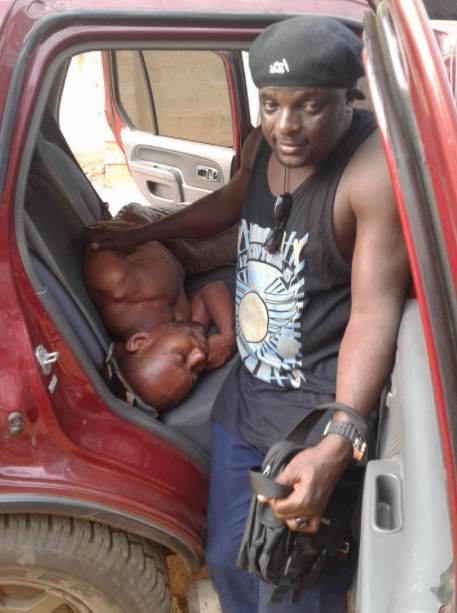 Freeze has now weighed in on the debate, giving reasons why it isn’t possible that the man was brought back to life after 3 weeks. 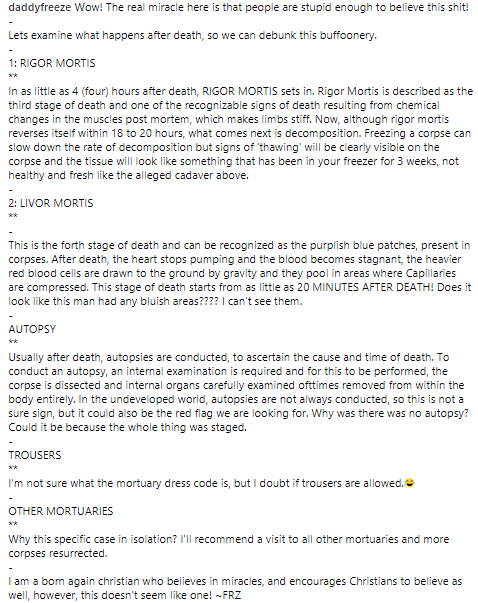 Watch the supposed resurrection footage below.