Another Ghanaian slay queen identified as Joana Adams, has passed away in the space of 4 days after visiting the grave of her former friend who died 2 years ago. 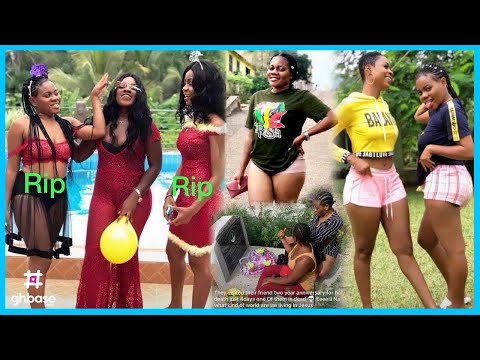 According to some eye witnesses, Joana was part of a three close friends circle, and they practically lived their whole lives together. Unfortunately, one of them called Charlotte but known to many as Channel, mysteriously died without falling ill or anything of the sort.

The remaining two girls visited her grave recently to mark two years since her passing, only for Joana Adams to also pass away 4days later, in the same mysterious manner

It is unclear what is the exact cause of this death. Their third friend who is alive clearly needs to go for some spiritual cleansing to not join her friends.