A physically challenged man whose wedding photos recently went viral has hit back at trolls who claim his beautiful wife married him because of his money. 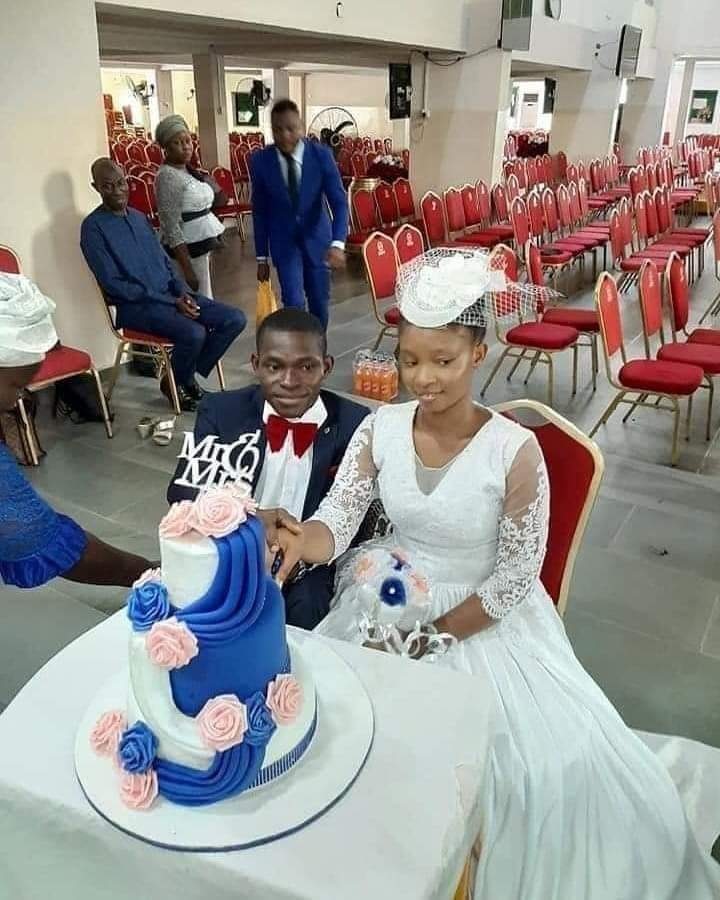 Damilola Akintade, a successful graphics designer got married to a lady named Vivian in May 2020

After his wedding, Nigerians had a lot to say. Some claimed his wife only agreed to marry him because he’s successful.

Damilola has now responded to the trolls while sharing adorable photos from his wedding day. 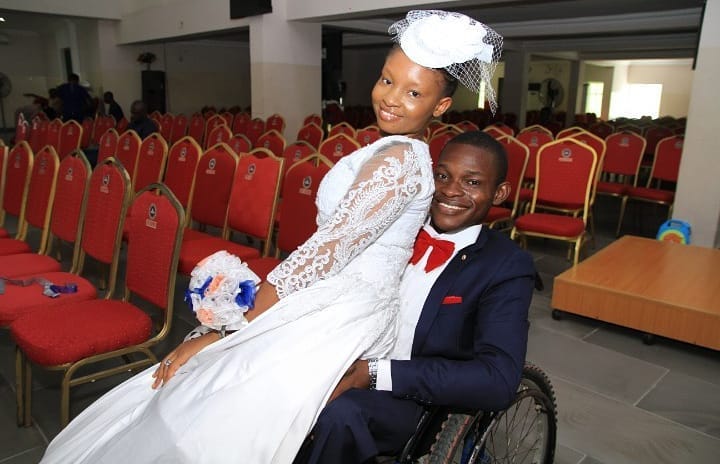 Because it seem impossible to you doesn’t make it impossible for God.

To social media users you believed she married me because of wealth or desperation, please note that anything worthwhile has the hand of God in it.

I am a man like any one of you out there. I am not a silver-spoon born and bred man, but I have prospect!
She married the ‘personality’, not the ‘disability’.