A Facebook user identified as Ini Frankhas got himself trending on the platform after he revealed what he did on seeing his girlfriend with another man.

According to the young man, he took back a fridge he bought for his supposed girlfriend after he saw her main boyfriend drinking from that same fridge.

Sharing photos of himself carrying the fridge, he wrote;

“I went to my girlfriends house i saw her boyfriend drinking water from the fridge i bought for her so i took the fridge.” 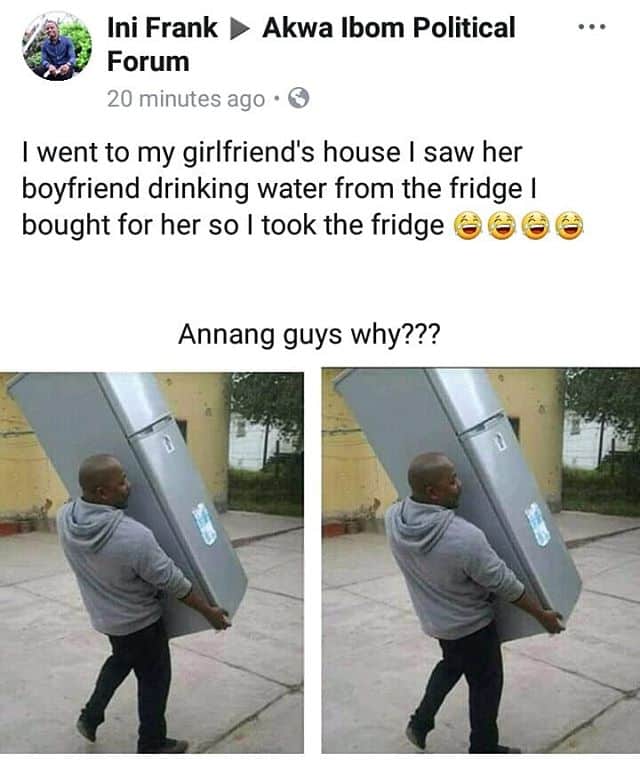