A Slay queen identified as Queen Lisa Lisa on Facebook, has taken to a group to make a scary post on men that sleep with her.

According to her, any man that has sex with her becomes wretched for the rest of his life as she possesses powers to absorb men blessings and that every success and destiny of the man become hers, and the victim would remain wretched forever.

It is not understood if she was just making a threat to scare away men or she actually meant what she said. But immediately the update was posted, it went viral and most of the people that saw the post in the group tried to maintain a distance with the claim that she is on her own. 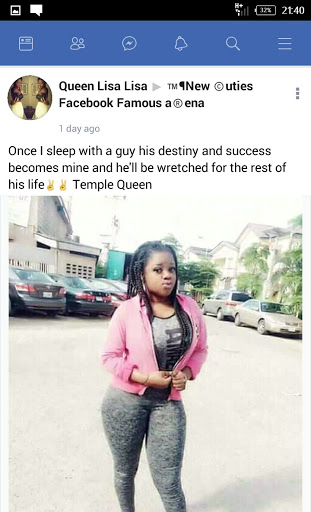 Once i sleep with a guy, his destiny and success becomes mine, and he’ll be wretched for the rest of his life ✌✌ Temple queen. 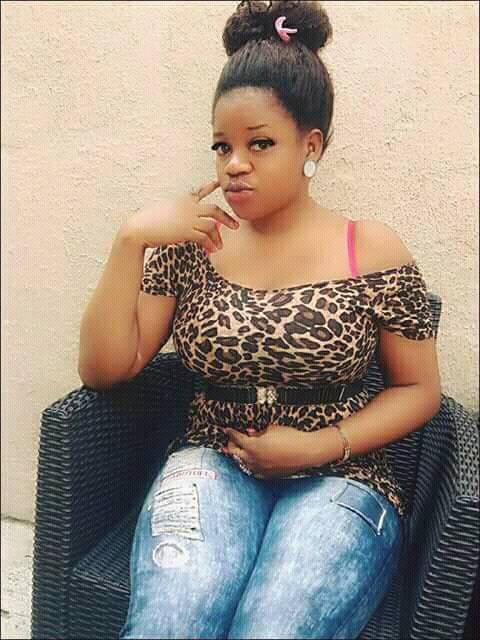 This is just coming some months after a woman claimed that any man that sleeps with her dies. In fact about seven men had lost their lives after having sex with her, she claimed and she was now so thirsty to have sex that she threatened to move to other regions in her country to meet with strangers.