The dead body of a woman was found in the middle of the road in Ifitedunu, Anambra state, and it is believed she was killed by the wife of a man she was having an affair with.

The body of Ada Ezeudo, from Mgbuke Umunnachi in Dunukofia, Anambra state, was found along a dusty road with her handbag and a note close by.

I told you to live (sic) my husband alone. You really think I’m joking by coming to Akuzu.

The note led to speculation that the girl must have been a side chic killed by a wife who believed she was having an affair with her husband. 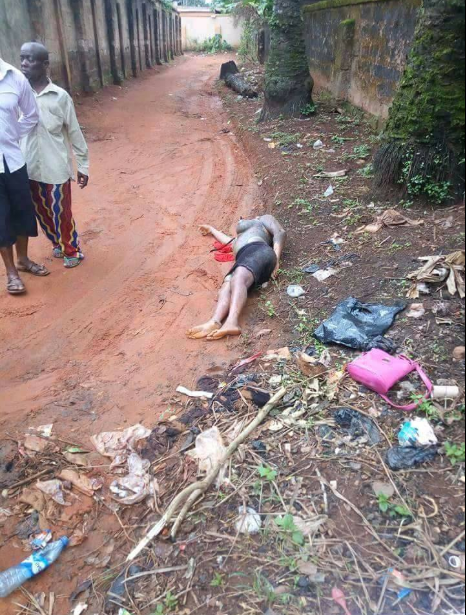