Nigerian actress Eniola Badmus, popularly known as Gbogbo big girl, has taken to social media to update her fans as she participates in COVID-19 self-quarantine after returning from the United Kingdom.

Shortly after the actress returned from the United Kingdom, she was out and about and she was seen visiting her friend and colleague, Funke Akindele-Bello.

We had reported that this visit got Nigerians calling out the actress for going about her business after returning from the United Kingdom despite the 14-day self-isolation rule given by the Nigeria Center For Disease Control.

The actress finally did what was right by adhering to the Nigeria Center For Disease Control 14-day self-isolation rule.

Badmus has now updated her fans on the progress of the isolation on her Instagram page. She shared a post, stating that she is on day 12 of the quarantine. She also revealed that she has no cough or flu. 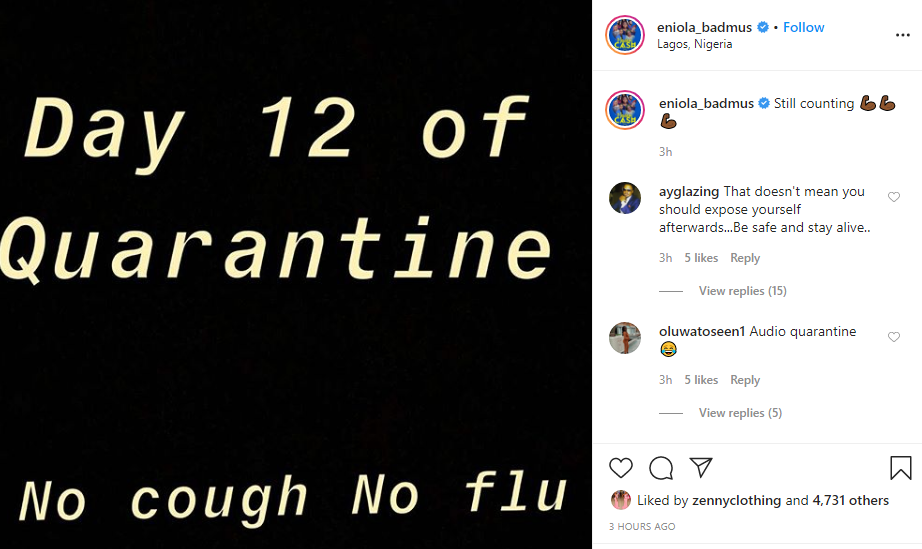