I Was his side chic for 6years, had 33 ab0rti0ns, he proposed & I said yes — Lady Narrates her love story

A beautiful lady on Twitter identified by her handle, @emphyreall, has taken to the social networking platform to share the photos of her engagement ring.

She revealed that she has been the side chic of a man for 6 years and had 33 abortions for him, and he finally proposed to her, and she said YES!!!

She posted the photos and wrote; “after being the side hoe for 6 years, 33 abortions, and putting his mama in the hospital after running her over in a jeep Cherokee after she called me by his actual girlfriends name, he proposed and i said YES!!!” 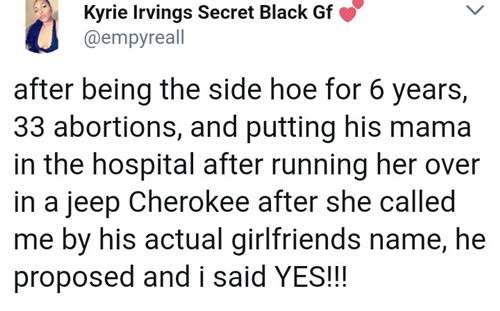 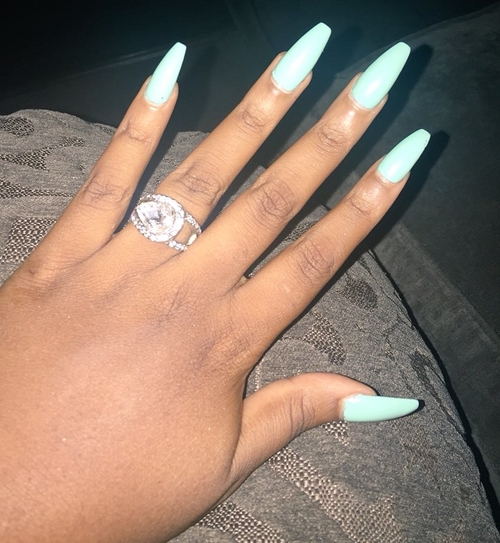