A shocking and disgusting video has emerged online showing the moment a pressed woman defecated in a home kitchen.

The 2-minute footage, obtained from CCTV cameras installed in a house, shows the woman, pick a plastic bag from scattered utensils in the sink which she later pooed in.

In the video, the woman believed to be the house-help, surveyed the kitchen for any installed camera before carrying out the act. 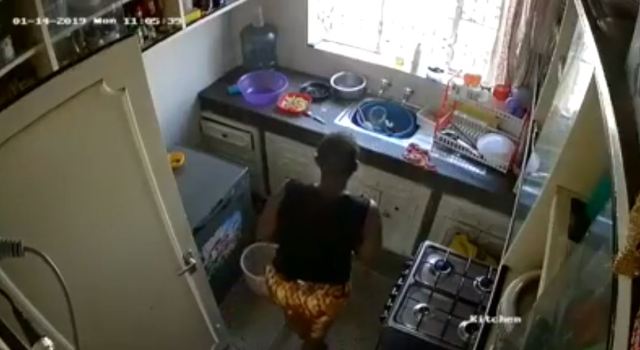 The maid later took the paper bag, which contained her feces, and disposed it into a litter bin, which she had placed right next to her. 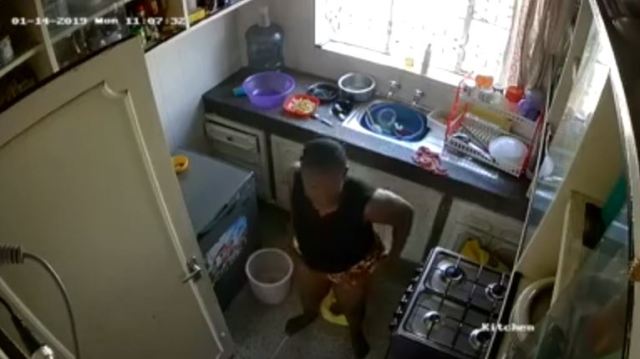 Some of the online users, who watched the video, condemned the woman’s unhygienic and disgusting act.

See the video below;