An embarrassing fight broke out between a husband who is suspected to be cheating and his wife following a heated clash between them.

The yet-to-be identified couple took their fight to the streets and were recorded by passersby in a video that has gone viral online.

In the video posted by Facebook user Emeka, the woman can be seen dragging her husband, after stripping off his clothes and leaving him with his underwear.

The man also fought back as the pair were mocked by road users and passerby over the shameful act.

The couple were later separated by onlookers. See more photos below. 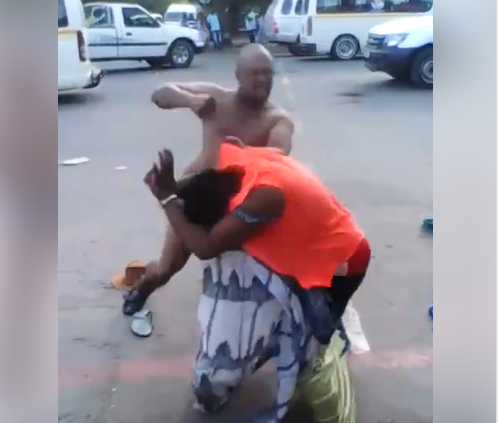 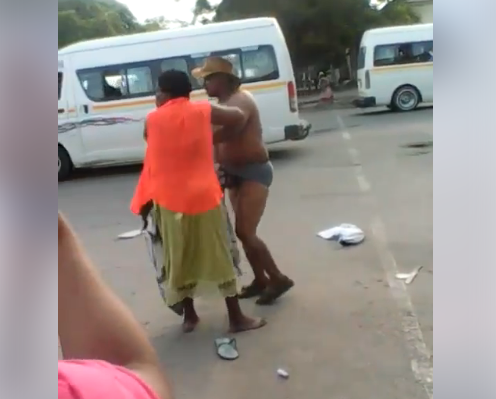