Dramatic scenes were recorded at the burial of a Nigerian lady identified as Amarachi Emmanuella who was allegedly beaten to death by her husband last year.

The man was accused of beating his pregnant wife to death, after 19 days of marriage.

He was alleged to have assaulted his wife and told her parents that she was sick before death. He said his pregnant wife died of ‘shortage of blood’ and blood pressure after being rushed to the hospital. 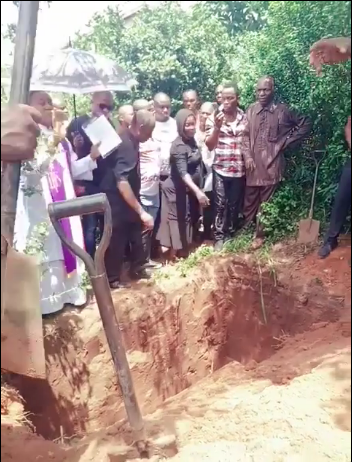 The deceased was buried few days ago in a cemetry amid tight security as the husband refused people from attending the burial event. Those who came were asked not to enter the cemetry as can be seen in the video below. He reportedly told the family not to come to the burial with more than five people. 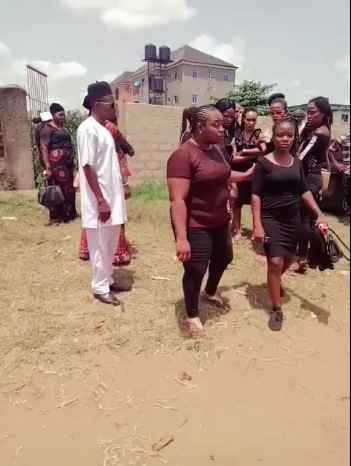 The husband also refused to pour sand for the late wife in her grave at the funeral, which sparked concerns among some attendees. The family of the deceased laid curses at the event and prayed for her killer to be brought to justice.