The picture below has been making the rounds on social media. There are claims that a man was served this pepper soup made with a human hand in Abia. Check on it! 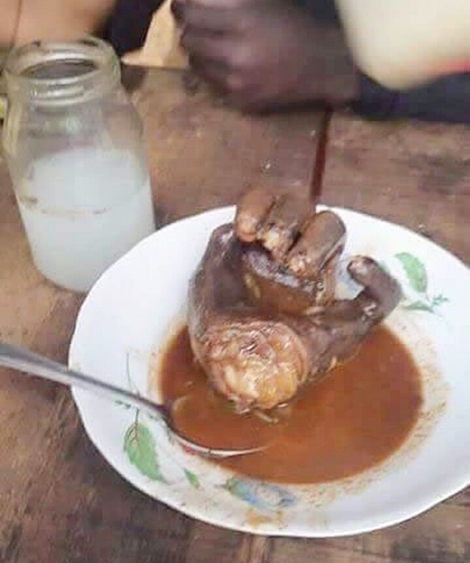 According to the above photo which has already gone viral on social media, this special human meat pepper soup was served at an alleged popular local joint at a place called Ngwa town in Abia State.

This photo is only making rounds online with several social media users debating the possibility.

At the time of filing in this report, Tori.ng was yet to verify the authenticity of the viral news.