Some unidentified officials of the Federal Road Safety Corps (FRSC) have been accused of puncturing the tyre of a car driven by a lady rushing a ”pregnant woman in labour to the hospital.”

@Macheteros revealed that the FRSC officials penalized his sister for driving a pregnant lady who should have been on seatbelt. He alleged that they punctured the tyre after she refused giving them N20k.

Read his tweets below:-

@FRSCNigeria Look at road safety officials, extorting my elder sister because she refused to part with 20k. Her offense was because she was rushing a pregnant woman that was in the throes of giving birth to the hospital.

They had to puncture her tire all in an attempt to stop her from taking the woman to the hospital. Is this what they are supposed to do on the roads?

She wasn’t speeding. They said the woman should have been on her seat belt and the lady told them she can’t use seatbelt as she is currently having severe cramps and rushing to the hospital. Is that enough reason for them to deflate her tires? 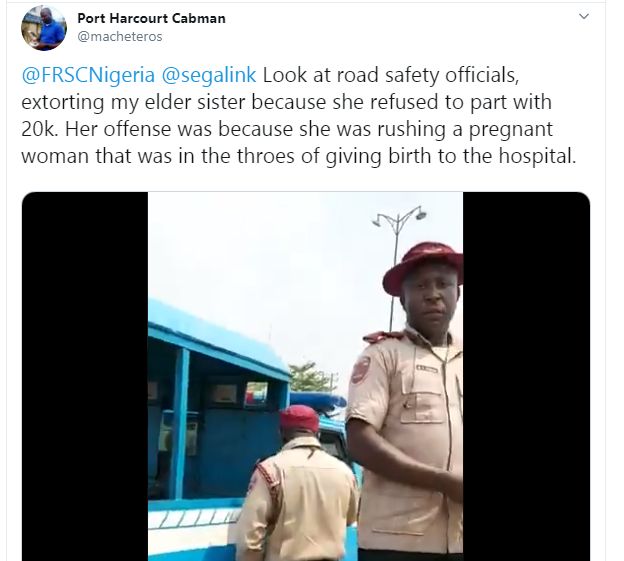 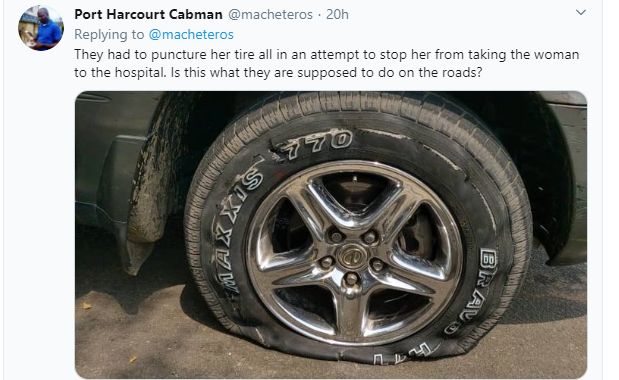